There was no need for shoes back then but, as the skate swell grew, so did the need for actual footwear. Indeed, the traction of rubber certainly came in handy, and durability and “skateability” became crucial factors in footwear choice for pros and casual cruisers alike.

However, skateboarding experienced its most innovative period during the 1980s, where companies of the like of Vision Street Wear, Etnies and Vans, attempting to meet the demands of skateboarders, started to realize high-cut pro models, such as the “Natas Kaupas Pro” or the  “Steve Caballero Pro”.

It’s during the same decade that we saw the rise in prominence of the infamous “Air Jordan 1” inside skateboarding circles, loved for its availability and because it one of the most affordable and durable in time. We had to wait until 1997 to get the first air-infused cushioning system in a skate shoe. The new absorption system technology was introduced by Eric Koston’s first pro model with éS Footwear, namely the “Koston 1”.

In the first years of the new millennium new upgrades were created but, even if they had a huge aesthetic impact, they were not so beneficial for actual skating. Thus the tech started disappearing from the exteriors and began manifesting in the interiors.It was at this point that Nike SB emerged and became stuff of legend within sneaker circles, introducing new innovations like Zoom, Lunarlon soles, Hyperfuse and Flyknit.

More recently, the “Hyperfeel” technology has been developed from Nike specifically for skateboarding, and some affirm that it could be the closest thing to skating barefoot since the 50s.

There is a moral in this story: if you also love to "surf the sidewalk" in the best and most stylish way, you cannot fail to take care of your sneakers too. 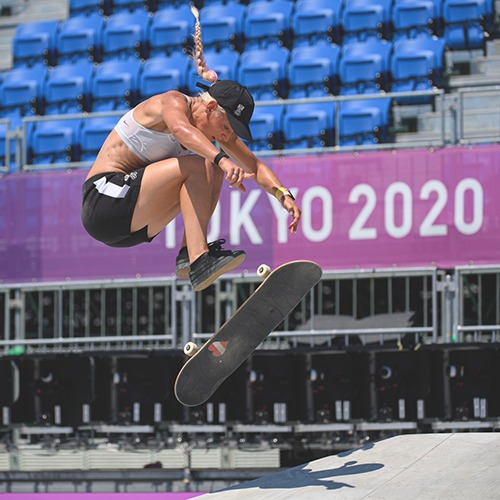 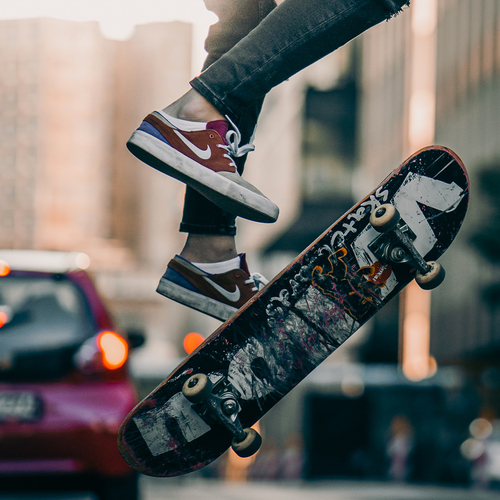 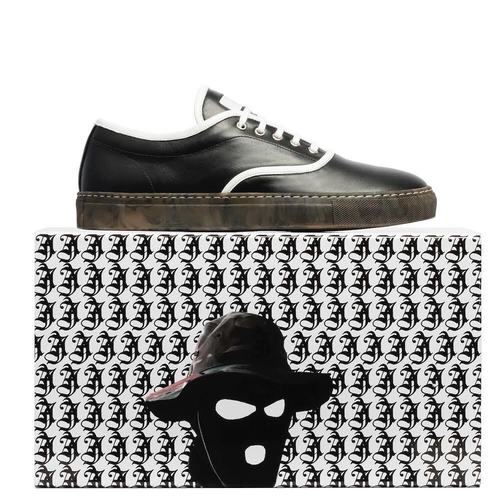 How to choose the best skate shoes


These shoes are not a product for the exclusive use of skaters. If soccer shoes can only be used on grass due to the presence of cleats, skate shoes are trendy objects, with precise characteristics but in some cases really elegant, ideal for walking, to be trendy or to express a " urban style ". They are comfortable, soft, perfectly envelop the foot, are warm in winter and in many cases cool in summer, depending on the materials used for their production.

Create your own skater-style sneaker brand with AliveShoes


The bond between skateboarding and sneakers is indissoluble. Skater and fashion brands have been working and developing new models and technology hand in hand since the movement was born, in order to improve the performances of the users without losing style.If you are into skating do not miss the opportunity to create your own skater-style snaker brand , AliveShoes can help you in this. Start now to make your shoe line and define a new style for real skateboarders. Start by accessing your tools now: https://www.aliveshoes.com/.